Is Dementia a Mental Illness?

Is Dementia a Mental Illness?

The terminology of dementia

The first issue when deciding if dementia is a mental illness is that the term ‘dementia’ is actually an umbrella term for different conditions causing a common set of symptoms, such as Alzheimer’s disease. These symptoms are a result of declines in brain functioning. This would make dementia a neurological condition, rather than a mental illness.

Is dementia a mental illness in the eyes of the NHS?

In the UK, we don’t categorise illnesses in such a clear cut way, and instead predominantly look to manage the symptoms, whatever their cause, with illnesses like dementia.

However, the American Psychiatric Association maintains a Diagnostic and Statistical Manual of Mental Disorders (DSM-5) which is widely used worldwide to categorise and understand mental illness. The DSM-5 categorises dementia as a ‘neurocognitive disorder’ whereas previously, it was listed as ‘delirium, dementia, amnestic, and other cognitive disorders’. However, simply by the fact it is in the DSM-5 at all would lead many to argue that it is still classified as a mental illness.

There’s a lot of debate about whether dementia should be included as a mental illness as more research is done revealing the causes of dementia. For example, in 2017, the World Health Organization (WHO) suggested that dementia should be reclassified as a disease of the nervous system, rather than as a mental or behavioural disorder. The change wasn’t made at the time.

Additionally, while dementia is not classified as a mental illness in the UK, there are situations under which a person living with dementia may fall under the Mental Health Act 1983. The Alzheimer’s Society has developed a comprehensive guide to the Mental Health Act and how, in some cases, it applies to people suffering from dementia. This too makes it possible to think that dementia is in fact a mental illness.

The similarities and differences between dementia and mental illness

Dementia can look like mental illness because there are many symptoms in common. Unfortunately, while great strides have been made, there is still a lot of stigma about mental illness, and so many are keen to separate dementia from wider mental health difficulties.

Much of the confusion abounds because, especially in the early stages of dementia, some mental illness is more common. For example, depression is quite common the early stages of Alzheimer’s disease, affecting around half of those with a diagnosis. It’s a similar picture for anxiety. Those with an Alzheimer’s diagnosis that meet the criteria for a diagnosis of anxiety number around 30%.

So, it is possible that some mental illnesses are actually a symptom of dementia itself.

When we look at the symptoms of dementia, it’s possible to understand this crossover even more. 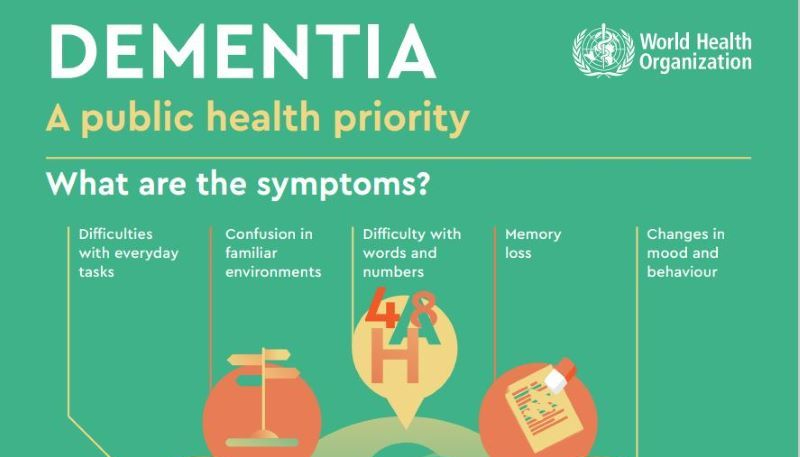 It’s easy to see how these may crossover with a diagnosis like depression. To this, we can add other common symptoms of dementia such as disinterest in once-enjoyed activities, or feelings of paranoia, as well as restlessness and agitation, and it’s easy to see why there is confusion.

However, just because there is enormous overlap in symptoms, doesn’t mean that the actual illness is the same. It’s like comparing a cold with the flu – there are similar elements, but they have different causes and are fundamentally different conditions.

Fundamentally, dementia does affect an individual’s mental health, but in itself, it is not actually a mental illness.

Why does the distinction matter?

Apart from the reasons of stigmatisation given above, there is a much bigger reason why it’s important to categorise dementia correctly. This centres on ensuring the individual living dementia gets the right care, support, treatment and management in a timely manner. Dismissing dementia symptoms as mild mental health difficulties is not helpful to the individual sufferer, or their loved ones. It might be an easy mistake to make, but it isn’t one that should be allowed to gain traction.

This isn’t to say that the mental illness presentation within dementia should be ignored, but rather considered alongside the whole patient. For example, while it is possible that an individual with Alzheimer’s is also suffering from depression, management should extend to helping alleviate the symptoms of depression while also considering any wider symptoms the individual is experiencing.

How to care for someone with dementia

Caring for someone with dementia involves being fully aware of and understanding their mental health symptoms. It is important to consider what is causing their symptoms and what can be done to improve their quality of life and help them manage their disease.

In earlier stages, loved ones can help alleviate symptoms of depression in those with dementia, for example, by increasing visits and contact. Or they could help an individual with anxiety symptoms develop processes and routines to minimise distress. Or confusion can be managed by not arguing with them about their reality if they are talking as if in a past time.

Later in the progression of dementia, it may not be possible for family members to help alleviate the mental health symptoms of someone they love who is living with dementia in the same way. At this point, specialist dementia residential care is invaluable. Specially trained carers understand the nature of dementia, its relationship with mental health, and can support and nurture an individual so that their symptoms are managed and distress is minimised.

At Eastleigh Care Homes, we are proud to offer specialist dementia residential care at our East Street, Minehead and Raleigh Mead homes in North Devon and Somerset. Get in touch to find out how we can care for your loved one with dementia.

How to Get an Elderly Person into a Care Home: A Guide for Families 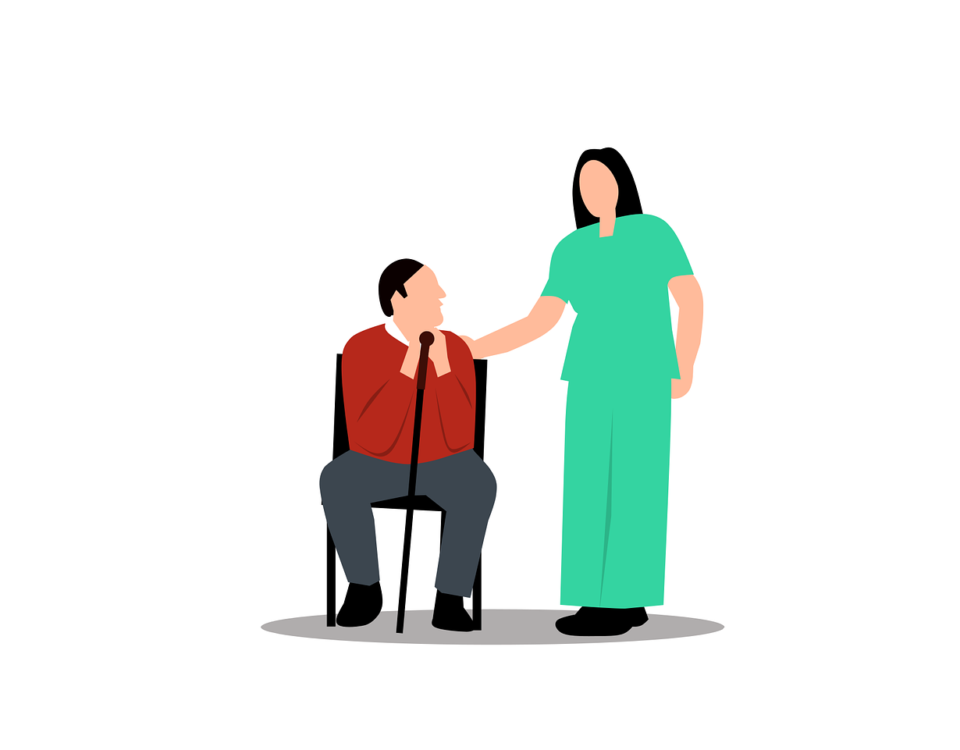 Care Home Covid Rules: Where we Are Now & What We Learnt

Can a Dementia Day Care Centre Help Your Loved One?